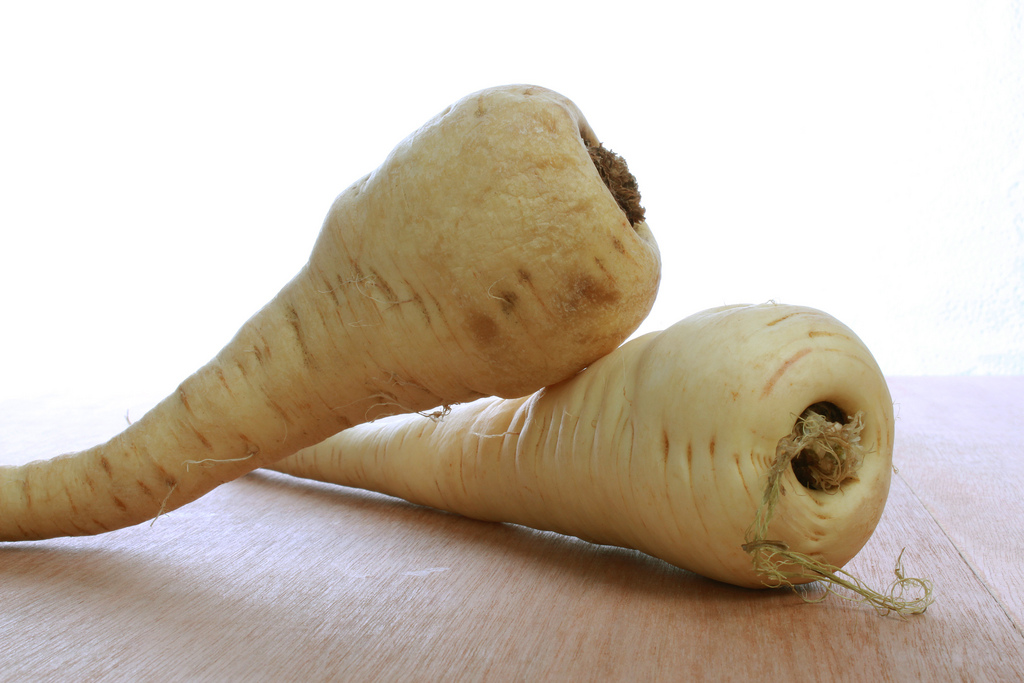 The parsnip is a root vegetable related to the carrot, but white or cream colored and sweeter. Up until the potato arrived from the New World, its place in dishes was occupied by the parsnip and other root vegetables such as the turnip.

Although slender parsnips can be eaten raw, they are typically served cooked as well as boiled, roasted or used in stews, soups and casseroles. If using in soups and stews, add them near the end as they can get mushy if cooked too long; or, cut larger chunks if the recipe calls for parsnips from the get-go.  Another use is to steam and mash them like potatoes.

If parsnips are oversized, the cores will need to be trimmed out as they are more bitter and fibrous. You do this by peeling and quartering the parsnip lengthwise, and then cutting out the central core.  You can spot the “ring” from the stem end; if it is large, to be safe, cut out the core before using.

Peeled and pared parsnips will turn dark when exposed to the air, so cook them right away or hold them in water with a bit of lemon juice added. Store raw parsnips in the refrigerator, preferably in a perforated plastic bag. They will keep well up to three weeks.