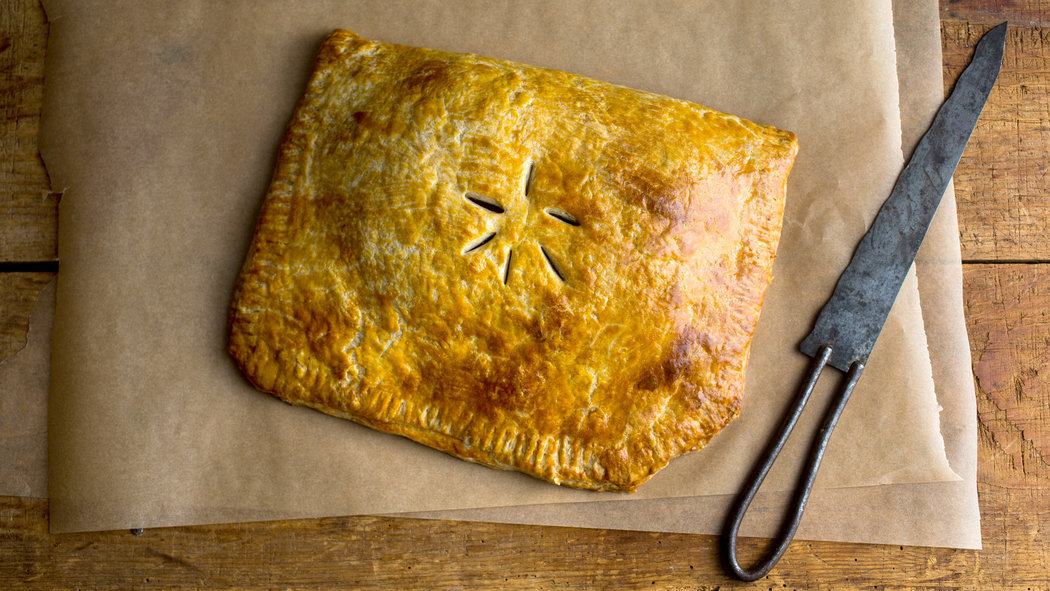 This recipe from the New York Times is a delicious way to use up a LOT of cabbage.  This torta, filled with browned onions, silky cabbage, and plenty of creamy fontina cheese, might just be the best way you’ve ever eaten what is arguably a challenging vegetable.  It’s at its most appealing served warm, with the cheese still a little gooey.  But when fully cooled it becomes picnic or lunchbox fare, sturdy enough to slice up and carry with you.  The smoked ham is purely optional, but is does add a pleasing porky flavor to the mix.  And if you can’t find fontina, try Gruyere, Swiss or muenster instead.