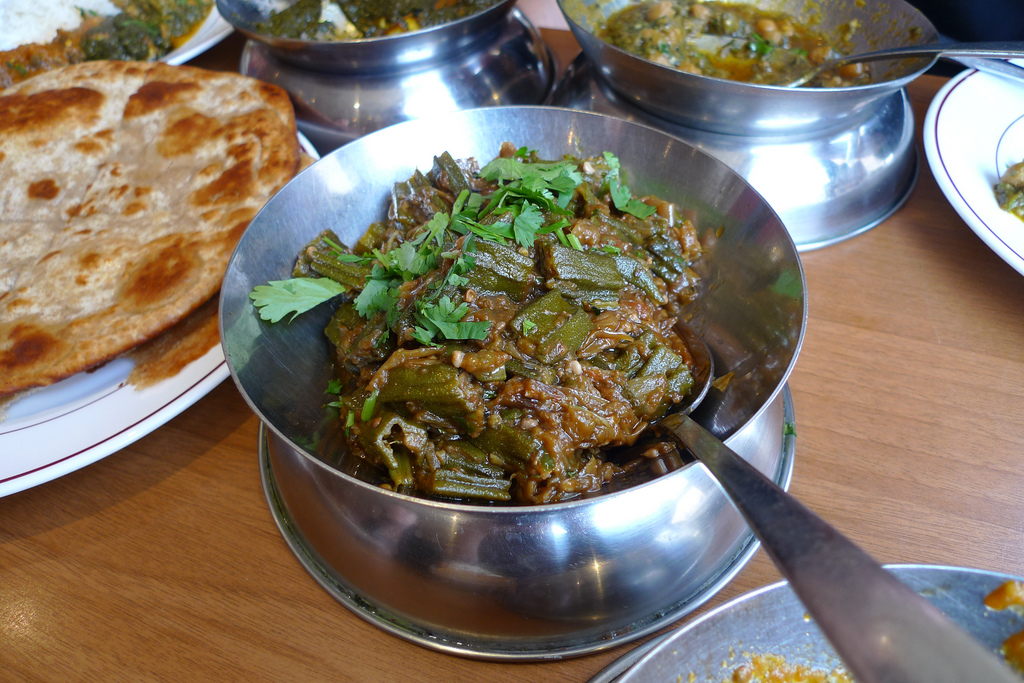 Bhindi (okra) is a staple in Indian cuisine. This recipe for Bhindi Masala comes from Slate Magazine. If you were scarred by stewed okra as a child, you might be wary of overcooking your okra here. Don’t be. Counterintuitively, you want to cook it so long it’s just shy of burning. A long frying session will give the okra time to dry out as its liquid evaporates, and that dried out texture is what you want if you’re trying to avoid slime. Your okra’s not done until it looks wilted and deeply browned.