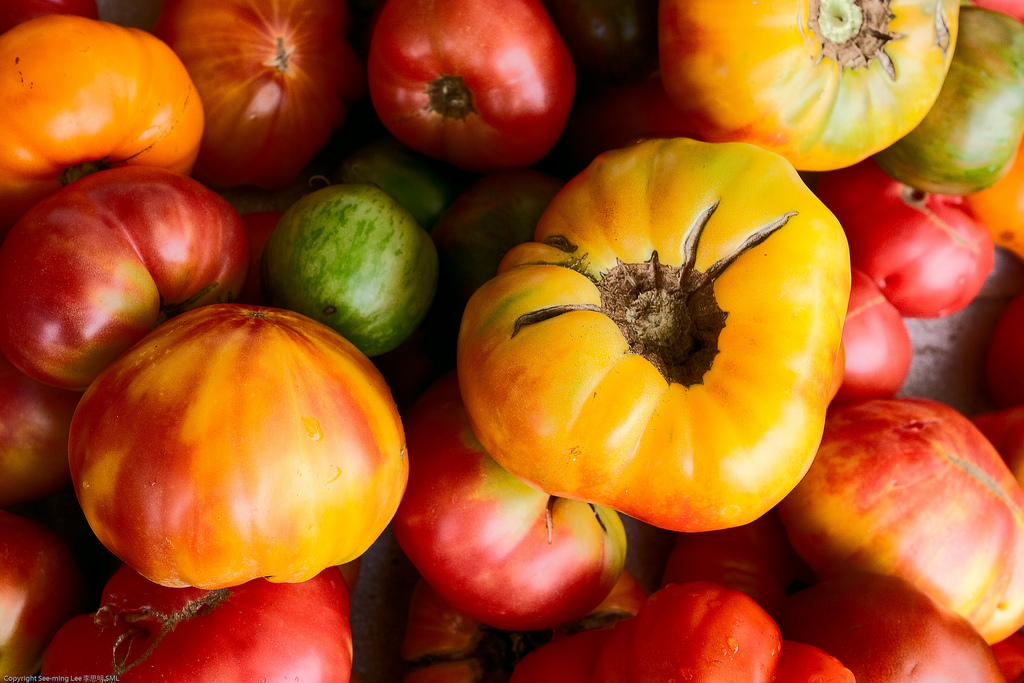 Farmer John loves to experiment with heirloom vegetables and we get to enjoy the results!  But what exactly is an “heirloom” vegetable, and how does it differ from a “regular” vegetable? According to Wikipedia, “An heirloom vegetable is a cultivar that was commonly grown during earlier periods in human history, but which is not used in modern large-scale agriculture. Many heirloom vegetables have kept their traits through open pollination, while fruit varieties such as apples have been propagated over the centuries through grafts and cuttings.”

Before the industrialization of agriculture, a much wider variety of plants were grown for food.  In modern agriculture in the industrialized world, most food crops are now grown in large, monocultural plots.  In order to maximize consistency, few varieties of each type of crop are grown.  These varieties are often selected for their productivity, their ability to withstand mechanical picking and cross-country shipping, and their tolerance to drought, frost, or pesticides.  Nutrition, flavor, and variety are frequently secondary and tertiary concerns, if a concern at all.  Heirloom gardening can be seen as a reaction against this trend.

Heirloom growers have different motivations. Some people grow heirlooms for historical interest, while others want to increase the available gene pool for a particular plant for future generations.  Some select heirloom plants due to an interest in traditional organic gardening. Many simply want to taste the different varieties of vegetables, or see if they can grow a rare variety of plant.

There is no consensus as to how old a plant variety should be before it can be considered an heirloom.  Many gardeners consider 1951 to be the latest year a plant can have originated and still be called an heirloom, since that year marked the widespread introduction of the first hybrid varieties.  Some heirloom plants are much older, some being apparently pre-historic.  Usually, a plant is not called an heirloom if it is grown widely and commercially, regardless of how old it is.  To be an heirloom, a plant must be “open-pollinated”, meaning it will grow “true to type” and produce plants like the parents from seed.  This excludes nearly every hybrid. Open pollination allows the same cultivar to be grown simply from seed for many generations.