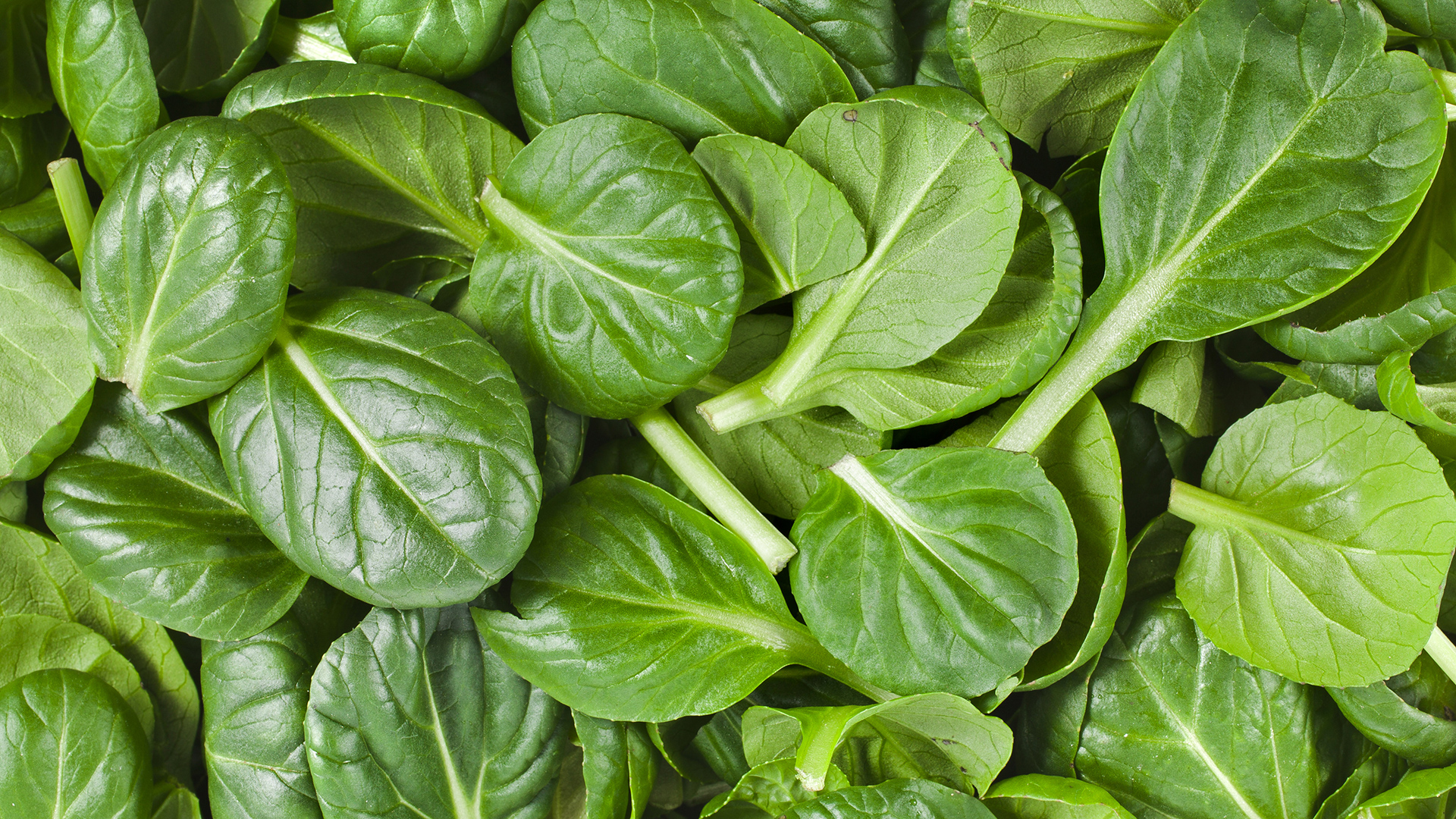 Calorie for calorie, leafy green vegetables like spinach provide more nutrients than any other food.  Spinach is thought to have originated in ancient Persia.  Spinach made its way to China in the 7th century when the king of Nepal sent it as a gift to this country.  Spinach has a much more recent history in Europe than many other vegetables.  It was only brought to that continent in the 11th century, when the Moors introduced it into Spain.  In fact, for a while, spinach was known as “the Spanish vegetable” in England.

Popeye popularized spinach, but it’s too bad he ate it out of a can.  Fresh spinach retains the delicacy of texture and green color that is lost when spinach is processed.  Raw spinach has a mild, slightly sweet taste that can be refreshing in salads, while its flavor becomes more acidic and robust when it is cooked.

Spinach should be washed very well since the leaves and stems tend to collect sand and soil.  Before washing, trim off the roots and separate the leaves.  Place the spinach in a large bowl of tepid water and swish the leaves around with your hands as this will allow any dirt to become dislodged. Remove the leaves from the water, empty the bowl, refill with clean water and repeat this process until no dirt remains in the water (usually two to three times will do the trick).  Do not leave spinach soaking in the water as water-soluble nutrients will leach into the water.

Do not wash spinach before storing, as the exposure to water encourages spoilage. Place raw spinach in a plastic storage bag and wrap the bag tightly around the spinach, squeezing out as much of the air as possible. Place in refrigerator where it will keep fresh for up to 5 days.