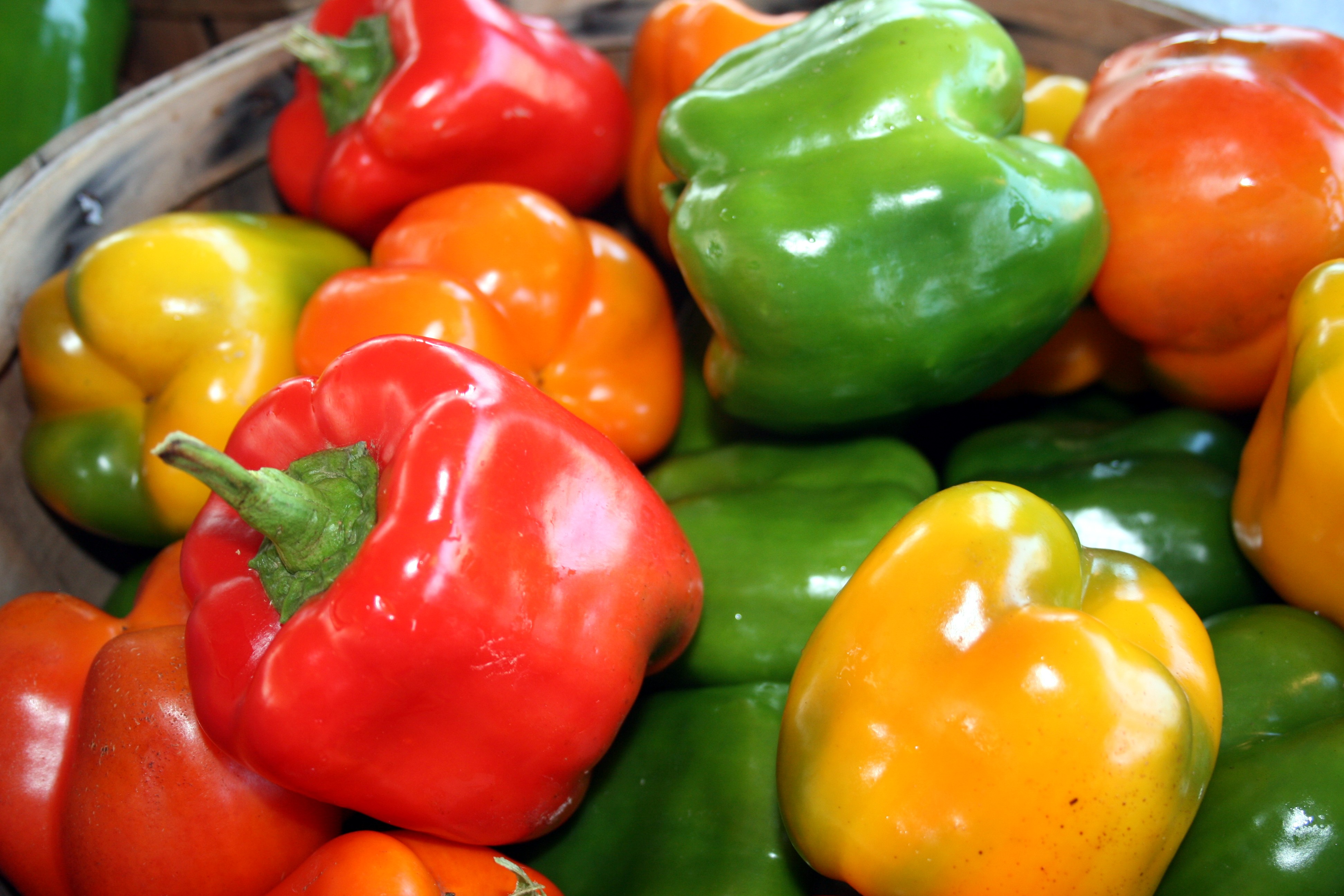 Bell peppers have been cultivated for more than 9000 years, with the earliest cultivation having taken place in South and Central America. While the name “pepper” was given to this food by European colonizers of North America who first came across it in the 1500-1600’s and then transported it back to Europe, the original name for this food in Spanish was pimiento.

While we are most accustomed to seeing green bell peppers in the supermarket, these delicious vegetables actually come in a wide variety of colors, including yellow, orange, red, purple, brown and black.  The green bell peppers you purchase in the food market may actually be immature, non-ripe versions of these other color varieties.  Not all bell peppers start off green, however, nor do green bell peppers always mature into other basic colors.

Bell peppers can be eaten at any stage of development.  However, recent research has shown that the vitamin C and carotenoid content of bell peppers tends to increase while the pepper is reaching its optimal ripeness.  Bell peppers are also typically more flavorful when optimally ripe.

Before coring and/or cutting the pepper, wash it under cold running water (research has shown that hot water will remove some of the pepper’s natural antioxidants).  Next use a paring knife to cut around the stem and gently remove it.  Then, clean out the core and seeds and cut into the desired shape – strips, rings, or left whole for stuffed peppers.

Fun Fact:  Paprika is a dried powdered form of bell pepper, and even though we are used to seeing red paprika in the spice section of the grocery, a paprika can be made from any color of bell pepper and it will end up being that same color once dried and ground into powder.