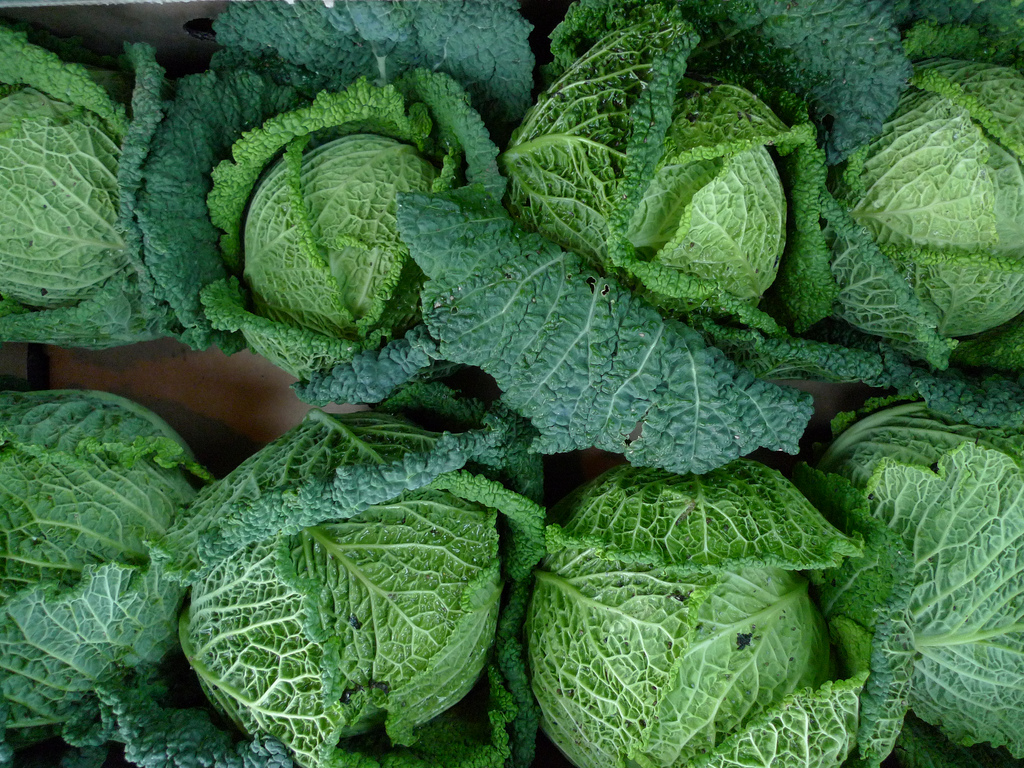 Cabbage is a leafy green or purple biennial plant, grown as an annual vegetable crop for its dense-leaved heads. Closely related to other cole crops, such as broccoli, cauliflower, and Brussels sprouts.  Smooth-leafed firm-headed green cabbages are the most common, with smooth-leafed red and crinkle-leafed savoy cabbages of both colors seen less frequently.  The cabbage heads are generally picked during the first year of the plants’ life cycles, but those intended for seed are allowed to grow a second year.

It is difficult to trace the exact history of cabbage, but it was most likely domesticated somewhere in Europe before 1000 BC, although savoys were not developed until the 16th century.  By the Middle Ages, it had become a prominent part of European cuisine.

Wrapped tightly in plastic, a head of cabbage will keep for about two weeks in the crisper.  To keep cabbage fresh, don’t cut it until just before you use it.  Once cut, use cabbage within 2-3 days.  You can also freeze fresh or cooked cabbage in airtight containers or freezer bags for 10-12 months.