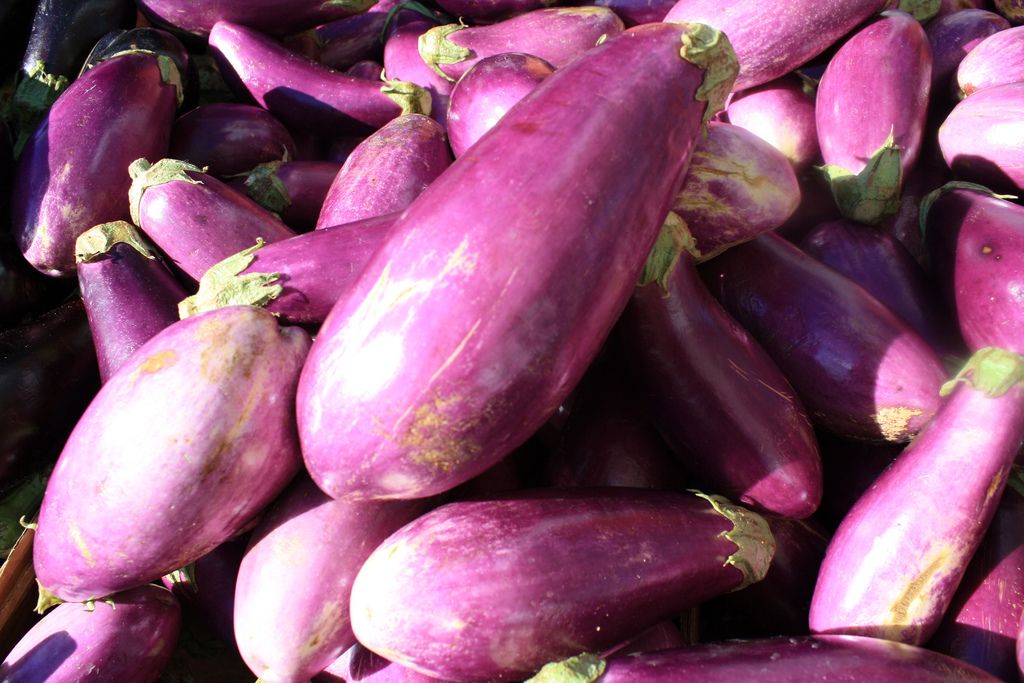 Eggplant is a member of the Solanaceae, or “nightshade,” family of vegetables, which also includes tomatoes, sweet peppers, and potatoes. As you already noticed, they come in a variety of shapes and colors. While the varieties exhibit slightly different tastes and textures, generally eggplants have a pleasantly bitter taste and spongy texture.

This bitterness becomes tender when cooked; slicing, salting, allowing it to rest for about 30 minutes, and then rinsing the sliced fruit, known as “purging,” can soften and remove much of the bitterness, although it is not always necessary to do so (i.e., when you cook it for any length of time with other vegetables, like in ratatouille). Eggplant absorbs a large amount of cooking fat or oils, resulting in very rich dishes, but purging it beforehand will reduce the amount of oil absorbed (something to think about when preparing your eggplant parmigiana!).

As for whether to peel or not, that is optional but the skin is generally tough and bitter so most recipes call for peeled eggplant (do not peel, however, until ready to use as it will oxidize). One exception is if you grill sliced eggplant; leave the skin on so it holds the flesh together; brush lightly with EVOO and some seasonings just before placing on the grill. Once done, you barely notice the skin it is so good and creamy.

Uncut and unwashed eggplant stored in a plastic bag in the refrigerator will last about 5 days, so it is best to use your eggplant rather quickly.