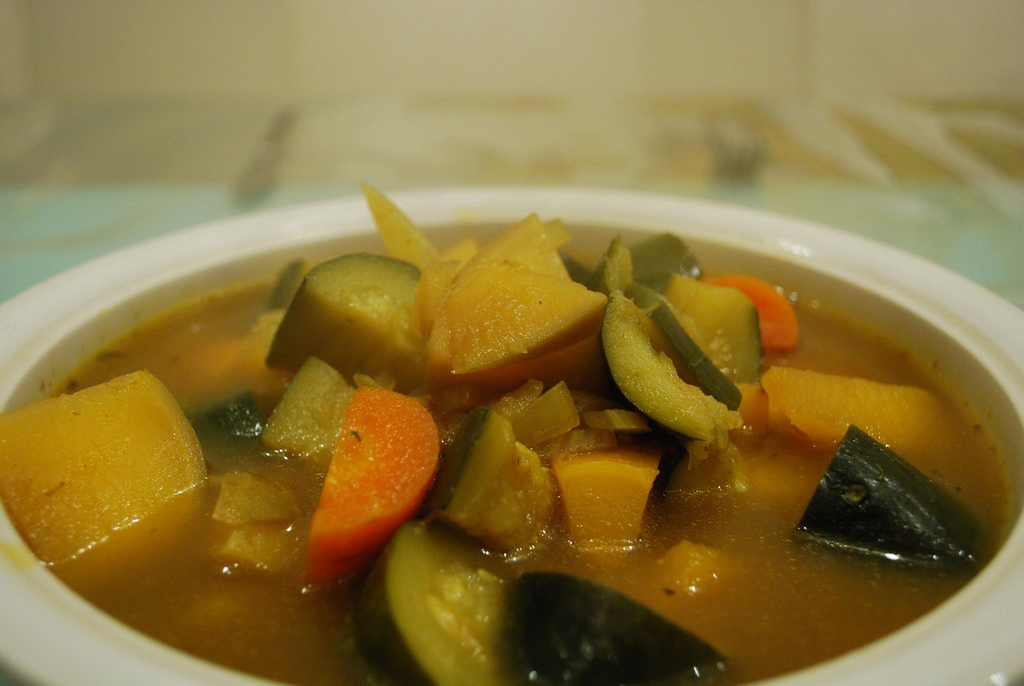 This recipe from Gourmet Magazine (via epicurious.com)  is a great way to put your summer CSA shares to use.  You can even use stock or bullion to kick up the taste.  Serves 6-8.

Stew can be made up to 1 week ahead of time and chilled. It would probably freeze well.