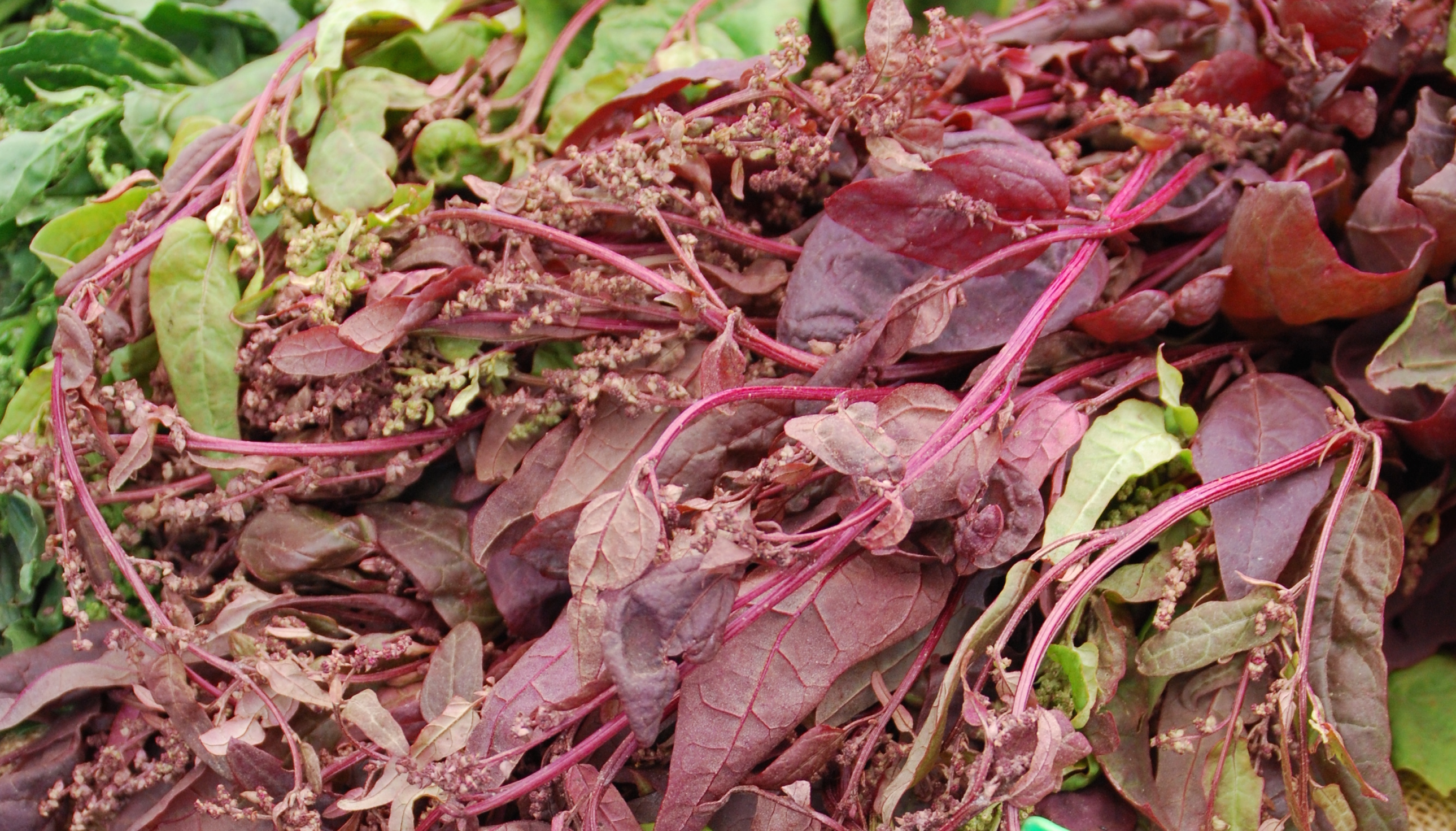 Orach, also called mountain spinach and bearing some similarity to spinach, is an interesting heirloom vegetable that you probably won’t find in many grocery stores.  The velvety leaves are burgundy on one side and deep green on the other, with bright magenta stems, making it pretty enough to be a houseplant. When cooked, it bleeds pink, tinting surrounding ingredients like rice a reddish bubble gum color.

Orach was a very popular wild vegetable until around 1000 years ago when spinach, which is much easier to cultivate, became more common.  Modern cultivated orach is not bitter; the mature leaves, two to three inches long, are quite meaty. When cooked, they have a mineral flavor with a hint of fennel. This orach is not as astringent as spinach, but like spinach, it releases considerable liquid when heated.

Orach can be eaten raw, or combined with other greens in a salad.  Or you might substitute mature orach for some of the spinach in almost any recipe. But remember, once you cook it, you must think pink.

For more ideas on how to use orach, see this New York Times article:
http://www.nytimes.com/2000/04/26/dining/spinach-of-a-different-color.html