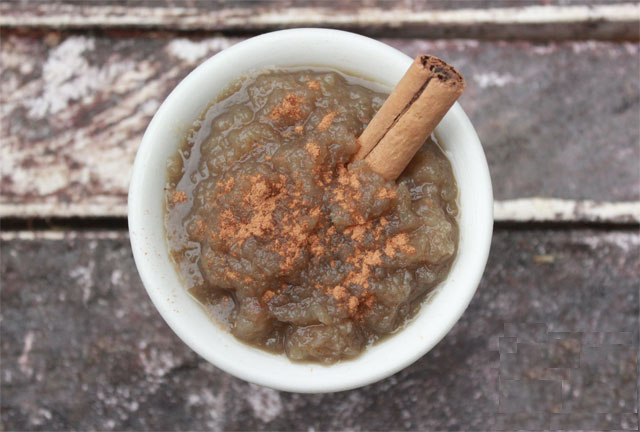 Found on the Attainable Sustainable food blog, this “yacon sauce” recipe is a twist on apple sauce.  It’s not exactly like applesauce, but it’s “pretty darned good”!  Cooked yacon takes on the flavor of what you add to it; it’s not a very distinct flavor on its own. Consider this a base recipe and play with it a bit. I could see it working well with dried apricots, too, or maybe even mixed with fresh berries.